In 2018, the Photographic Collection of the Bibliotheca Hertziana undertook a photographic campaign at the Museo dell’Altro e dell’Altrove di Metropoliz_Città Meticcia (MAAM) in Rome.
The MAAM emerges in 2012 on the eastern outskirts of Rome in a former sausage factory of the Fiorucci company, illegally claimed in 2009 by the humanitarian organization Blocchi Precari Metropolitani in order to provide housing for homeless Italian and immigrant families. The site was renamed Metropoliz_città meticcia to both indicate the different ethnicities present and to convey the idea of a city of the future that is able to defend and strengthen the rights of its inhabitants. From the very beginning, the inhabitants of this »città meticcia« have been involved in the exhibition project by Giorgio de Finis, curator and anthropologist, who, together with Fabrizio Boni, created the documentary Space Metropoliz in 2009.
In the context of the institute’s first field seminar, a new type of research format recently launched at the Bibliotheca Hertziana under the direction of Tristan Weddigen, a group of researchers, together with curator and artist Carlo Gori, had the opportunity to visit the MAAM and to discuss the political and social role of contemporary art within non-institutional contexts. The photo campaign, organised within the context of the research initiative Rome Contemporary, offers a novel perspective on the nature of the contemporary.

The self-proclaimed museum, however, evades any clear categorisation as it overturns traditional museum practice and logic: the works of art exist alongside the demands and necessities of the residents and are acquired by donations from both established and emerging artists. Turning the focus onto the periphery of the city, the works step out from the isolation of the showcase in order to place themselves at the service of a community, to render the abandoned factory a serviceable and welcoming space and to defend the right to shelter and housing.
The MAAM, which Marc Augé defines a »super-luogo« – »superplace«, presents itself as a malleable reality as the collections are being continually expanded by new donations, while at the same time emanating a sense of ephemerality due to impending demolition proceedings that might lead to obliteration. Given the peculiar characteristics of the MAAM, the photo campaign focuses on the setting and exhibition context, rather than on single works, as well as the multiplicity of roles and meanings conferred on it. The aim is, therefore, to document the dynamics of this transcultural working space in which traditional institutional rules are challenged and the coexistence between contemporary art and the marginalization of the urban periphery, the right to housing and illegality, visitors and occupants, is put to the test. The Bibliotheca Hertziana wishes to turn the attention of the international academic community to this endangered contemporary heritage, offering a new study tool and contributing to the preservation of its memory. 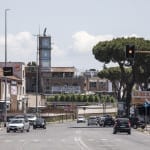 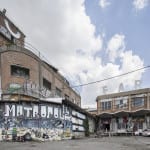 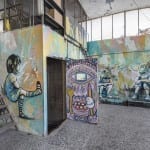 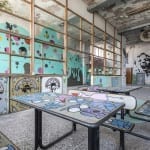 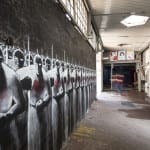 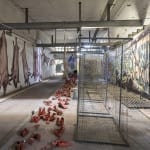 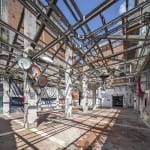 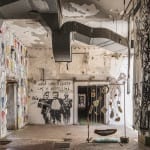 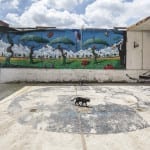 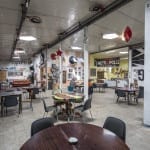 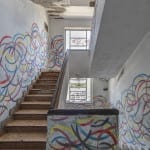 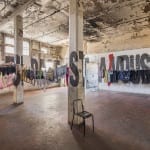 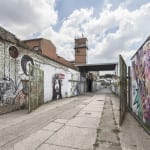 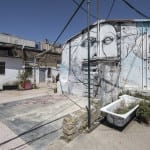 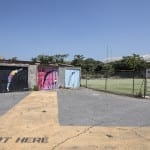